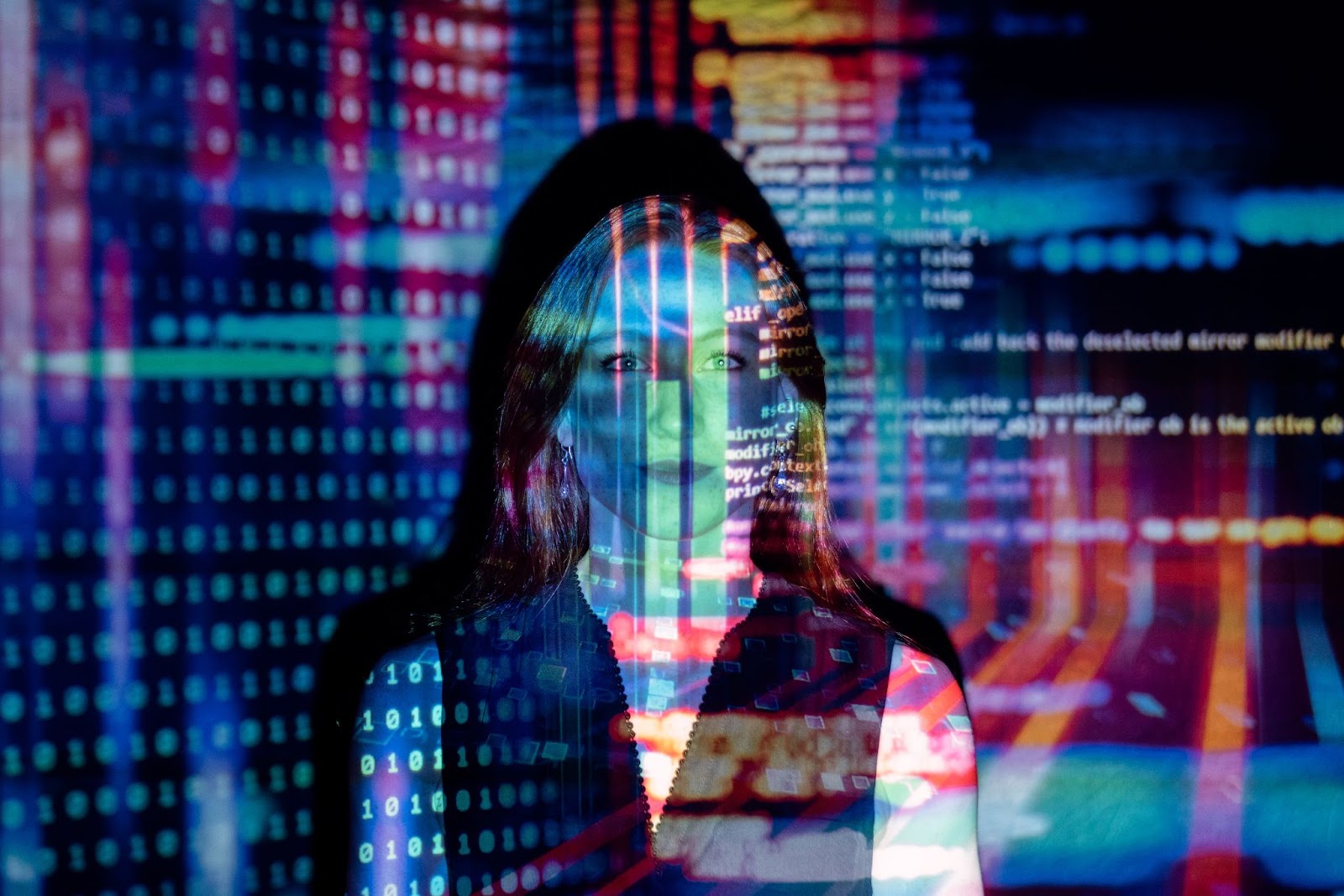 From its inception, the Internet has served an important role in both our professional and personal lives. It has developed from a slow, primitive tool mainly used by the military to a vast web connecting billions of devices (How the Internet Was Invented), and is currently dominated by five corporations that have amassed immense power, wealth, and control: Facebook, Netflix, Apple, Amazon, and Google (How Web3 Is Overturning the Internet Status Quo). Although their centralized control has helped propel the Internet to new heights, it has also sacrificed users’ privacy and safety in the process. However, blockchain technology can address these problems and revolutionize the Internet through decentralization. It has the potential to significantly strengthen online security and enable individuals to regain control of their media.

While the highly centralized Internet has allowed users access to greater technology and services, it has also been detrimental in two key ways. Firstly, because the Web has become so highly concentrated, it has also become highly susceptible to security attacks and failures. For example, on June 8th, 2021, a large number of central websites, including Reddit, Spotify, and the White House, went down following a massive outage at Fastly, a content delivery network company whose servers handle about 10% of the Internet. Ironically, the entire outage was caused by an unknown configuration error, highlighting how, “…centralized arrangement[s] [have] been demonstrated to be susceptible to single points of failure”. The majority of the Internet is concentrated among a select few companies and servers, resulting in a fundamentally weak, unreliable structure (Mass Internet Outage Shows Why We Need Deeper Decentralization of Web 3.0).

In addition, individuals no longer retain complete ownership over whatever they post online. Rather, most forms of social media, including Twitter, Facebook, and Instagram, have conditions which force the user to grant permission to the platform to stow, replicate, or distribute whatever they post. In essence, while users retain ownership, they no longer have sole control over what they post (Who Owns the Content on Social Media?). The controversial update to Instagram’s Terms of Service in late 2012 exemplifies this loss of liberty, as it initially included a paragraph granting outside businesses the right to, “…pay [Instagram] to display your username, likeness, photos (along with any associated metadata), and/or actions you take…” (Instagram Regulations Get Tweaked After Uproar — But The Worst Part Is Still There). Essentially, Instagram would provide your photos and personal information to outside advertisers in exchange for financial compensation. Although backlash has led to the deletion of this particular paragraph, the regulations still include a clause which prevents readers from suing Instagram in a class-action lawsuit unless they opt out within 30 days. These terms of service are necessary for current social media platforms, but they also pose a clear threat to personal liberty and privacy. No wonder everyone is familiar with the modern adage “think before you post”.

How can the block chain address these problems of security and individual rights? Its decentralized structure and distributed public ledger make it much more secure than the current centralized Internet. Simply put, a block chain is a shared database that stores data in blocks. Through cryptography, each block is then linked to its parent, so changing the data in one linked block would require the agreement of the entire network (Intro to Ethereum). The result is distributed public ledgers which are nearly unhackable; blocks become permanent, immutable parts of the chain when they are added, so there is little threat of malignant changes in the data or code that make up a block chain (Mass Internet Outage Shows Why We Need Deeper Decentralization of Web 3.0).

Furthermore, unlike traditional client-server systems, block chains use online peer-to-peer networks in which all users help supply the necessary storage and processing power (A Blockchain-Based Decentralized Data Storage and Access Framework for PingER). Therefore, there is no single stress point where a failure or attack can compromise the system, meaning block chains are inherently more reliable in terms of cybersecurity. Through both the distributed immutable public ledger and the shared burden of storage and processing, block chain systems are much more resistant to malware and failure.

Additionally, block chain systems could return power to the online individual through innovative NFTs and DAOs. Non-fungible tokens (NFTs) are digital assets which exist on a block chain and can represent tangible goods such as art or music. They serve as a way to make digital items scarce; while innumerable people can screenshot a picture they see online, creating their own copy of it, only one can own the NFT behind it, demonstrating actual proof of ownership (What You Need To Know About Non-Fungible Tokens). By retaining the NFT, individuals can freely share media without fear of losing ownership. This would bypass the entire system of baffling terms and conditions found on most platforms.

Another development in block chain technology could replace current social media platforms entirely: decentralized autonomous organizations (DAOs). These are democratic corporations controlled by user communities rather than a central board or figure. Without a central authority or company that defines standards and receives the majority of the profit, users can enjoy better compensation for their contributions, and worry less about changing platform policies (How Web3 Is Overturning The Internet Status Quo). These new platforms, coupled with NFTs, can usher in an era of renewed individual rights and power across social media and the Internet.

Set to launch in October 2021, Kahuna is a prime example of a decentralized social media platform that uses a blockchain. All content posted to Kahuna remains the sole intellectual property of the user, meaning the platform has no right to distribute any content shared. In addition, Kahuna uses a new system of “Celebrity Coin” to allow creators to make money on NFTs, memorabilia, tickets, and exclusive events. Essentially, creators can maximize their profits by cutting out the middlemen, the companies usually behind platforms, and using the new features made available by block chain technology. These advantages in privacy and individual rights culminate in a better alternative to Facebook, Twitter, and Instagram (Kahuna’s New Blockchain-Based Social Media Ecosystem Set to Launch in October 2021 Kahuna).

Ultimately, the many applications of block chain technology could lead to a more democratized, decentralized Internet, especially in terms of security and online liberty. With distributed public ledgers and the spreading of storage and processing needs over all participating devices, blockchain is significantly more secure than the current centralized Internet design. Moreover, NFTs and DAOs allow individuals to retain control over their own media while still enabling sharing, a unique characteristic that Kahuna uses to compete with traditional social media platforms. A future that incorporates these cutting-edge innovations into our online experience looks promising on both the professional and personal levels.

However, this new, revolutionary Internet will not come to be unless we suspend our suspicion of block chain technology and begin to explore it with careful optimism. Mistrust of blockchains and uncertainty over their regulations serves as a major obstacle (People Don’t Trust Blockchain Systems). The lack of governmental involvement has caused doubt about their security and reliability, especially considering there is no built-in insurance. For instance, in 2016 one user stole $60,000,000 worth of cryptocurrency by taking advantage of a mistake in a DAO based on the Ethereum blockchain. The only available solution was to create a new copy of the entire block chain, an extremely cumbersome process (People Don’t Trust Blockchain Systems). However, the potential applications of block chain technology are too great to ignore. We cannot continue to alienate this new field, which promises advantageous solutions to our Internet woes. Rather, we need to explore it with caution, in order to avoid the pitfalls behind our mistrust of it, and a hopeful outlook, in order to open our eyes to the world of possibilities it unlocks.