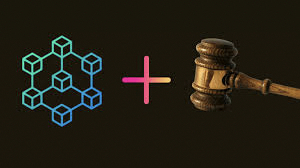 In 1982 and 1983, Steven Phillips was wrongfully convicted of rape and burgarly in Dallas, Texas. According to the Innocence Project, Phillips argued that the eyewitness misidentified him and presented his wife as his alibi. Nevertheless, Phillips was convicted by the jury and sentenced to 60 years total for the rape of 11 women. In 1984, Phillips pleaded guilty to nine other crimes in order to prevent what would become a life sentence. In 2001, he sought DNA evidence for the case where he was convicted by the jury. Phillips’s request wasn’t accepted until 2007, six years later, and the results proved his innocence. The DNA evidence revealed that Sidney Alvin Goodyear was the true criminal. Steven Phillips was robbed of 25 years of his life where he could have been spending time with family, traveling, pursuing a career, or doing anything he chose.  So where did it go wrong?

Sidney Goodyear was an initial suspect for the cases that Phillips was convicted for, but Dallas police ignored and concealed evidence that would have convicted him. Upon investigation by the Innocence Project, it was found that in 1982, the Kansas City Police Department (KCPD) was investigating a spree of similar crimes that the Dallas Police Department were also investigating. The KCPD sent a photo of Goodyear, their main suspect, to the Dallas Police. The victim of a crime they were investigating identified Goodyear as the perpetrator, but officers in Dallas ignored the evidence because they were too focused on Philllips. Furthermore, evidence such as eyewitness descriptions, a car, and a handgun was ignored or concealed by Dallas police officers.

This is an all too common scenario for many individuals in the United States. According to the National Registry of Exonerations, 687 people were wrongfully convicted and later exonerated due to tampered evidence. The same study shows that there have been 2,833 wrongful convictions that have led to exonerations, and 24% of those wrongful conviction cases were due to false or misleading evidence. The lack of oversight in evidence management is a leading contributor to the mishandling of evidence. There shouldn’t be another individual who is wrongfully convicted due to the failures of the criminal justice system. It is time for a new, innovative, and effective solution: blockchain.

In the Blockchain of Evidence system, consistent with the Alister Inc. framework, each Police or Evidence Agency becomes a node tasked with updating and verifying a ledger system of evidence. Let’s say, for example, the evidence collected was a bullet. The officer, or evidence collector, will take a picture of the evidence and upload it to the Blockchain of Evidence (BoE) app after signing in with a username, password, and biological fingerprint or face scan. Then, the metadata will be collected and recorded by the officer. The BoE app will then compute a hash specified for the evidence that will finally be uploaded to an individual block with the officer’s signature, metadata, and other information about the state of the evidence. In this manner, the physical evidence is transformed into a digital piece of evidence. As the evidence management process advances, each user responsible for handling the evidence has to scan the barcode attached to the evidence to indicate custodial transfer and any changes to the state of the evidence that may have occurred. This process is repeated through the booking, transferring, and examination of the evidence by a lab technician to report any alterations to the physical evidence that may have been made. If changes were made, the person responsible can be held accountable due to the digital signature process.  Every block that is then created by each officer must be certified by all nodes before it may be presented as admissible evidence.

First, the login system solidifies the concept of accountability.  The unique login and Multifactor Authentication (MFA) guarantees that the implementation of evidence can only be traced back to that one individual. Therefore, if evidence were to be tampered with or concealed as it was with Stephen Phillips, it can be traced back to the officer’s unique login credentials. While this process does not prevent evidence tampering, it provides a way for officers to be held accountable and functions as a deterrent mechanism.

Additionally, each piece of evidence is labeled with a barcode called a “tamper-evident Radio Frequency Identification” that is concurrently hashed with the metadata collected. The RFID tag has a “specific number, assigned to that specific user, and is tamper-evident,” thus making it difficult for someone to replicate the tag or remove it. Because each block in the chain relies on the mathematical equation of the previous block before it, any attempted alteration of evidence will notify all nodes, thus securing protected evidence.

Furthermore, the hash created for each piece of evidence will be recorded on the officer’s, or evidence collector’s, personal evidence “receipt.” Everytime that specific officer formulates a new evidence receipt, it will be added to its own block, therefore creating a blockchain of evidence receipts and an immutable chain that is linked to the officer. Therefore, evidence can be safely stored and tracked to ensure accountability and transparency in the process.

One of the main concerns about the use of blockchain technology in  police evidence management is the practicality: some claim it would be almost impossible to remove inadmissible evidence from the technology. However, research has shown that this perspective is flawed because inadmissible evidence is never actually removed from evidence storage. Rather, it is not allowed to be introduced into the courts to be presented as evidence.

Hope for a just future

The mishandling of evidence can lead to wrongful convictions, thus forever changing the lives of those affected. In a criminal justice system that is supposed to protect and serve the community, we instead see a system that perpetuates the longstanding history of a racist complex that disproportionately criminalizes people of color. Change needs to happen. The blockchain technology provides oversight in the evidence management process that would help prevent hundreds of individuals from being wrongfully prosecuted. Officers will be held accountable for tampering with or falsely inputting evidence. Justice needs to be taken out of the hands of individuals who have no intention of upholding it. Blockchain is necessary to dismantle an unfair judicial system and promote a future of accountability, transparency, and justice.

This site uses Akismet to reduce spam. Learn how your comment data is processed.